This is the second part of a series of posts showing how to visually represent the four operations of whole numbers using the CHIP MODEL. The view the first part in which we show how to model addition and subtraction, go here.

Just as the chip model is a particularly effective way in visually represent addition and subtraction, we can also visually model multiplication with the chip model.

Eventually, students will show the chip model and the algorithm side-by-side, using the chip model one the left and recording each step with numbers on the right side. 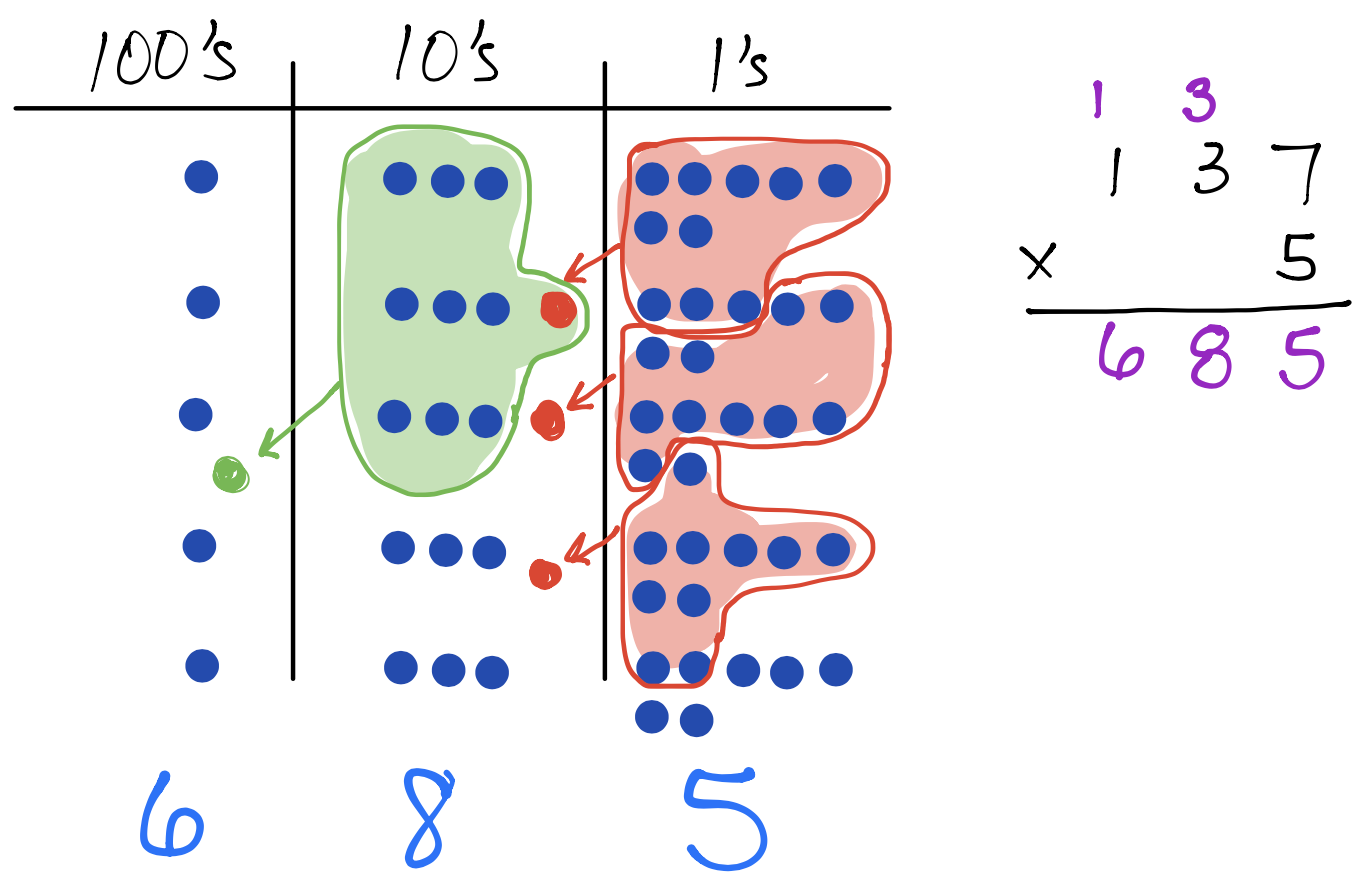 For our final multiplication example, we will explore a possible technique for efficiently modeling the chips when there is a large number of groups we need to draw on the place value chart.

The chip model can lead to the partial products method if we consider a different way to simplify all the lines and dots in the place value chart.

To summarize this section on multiplication, there are two things for students to know: