Object of the Game:

Be the first to get four of your chips in a vertical, horizontal, or diagonal line.

• To begin, the first player places both red markers at the bottom of the gameboard to get them into play.   She puts her chip on the resulting product.

◦ For example, if she chooses 3 and 5 as her factors, she multiplies those two numbers to get the product 15, then puts her chip on 15.

• The second player takes his turn, but now moves only one red marker, placing his chip on the resulting product.

• Continue taking turns by moving one factor marker each turn until a player has four of his/her chips in a row. 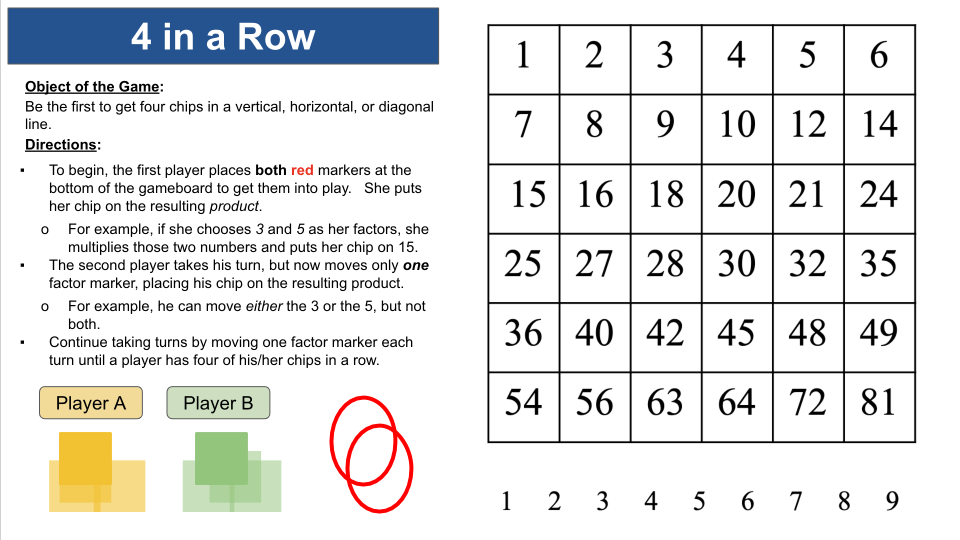