A famous bard once said, “A trapezoid by any other name would still be a trapezium”.

Okay…totally not true. But it brings to mind the question I am often asked, “What is the definition of a trapezoid?” In fact, I was asked this question today. So here is my answer…

For mathematics, being a subject that is supposedly the “universal language”, this question opens a huge can of worms and has a surprisingly involved answer.

There are three – yes three – different ways one can define a trapezoid. Let’s get started.

If a person walks up to you and says, “Let’s discuss trapezoids”, the first things you should do is listen his accent. Is it American? Is it Canadian? Or some other English-speaking accent? This matters.

For the words trapezoid and trapezium, America and Canada defines them one way, but in other English speaking countries these same two words have their meanings switched.

In America a trapezium is a quadrilateral that has no parallel sides. Sometimes this is called an irregular quadrilateral.

So now that we have define a trapezoid to be the figure that is not a trapezium. There is still the matter of the two definitions of trapezoid in America.

Let’s start with this figure…

Both definitions are legitimate, but they each lead to other differences in classifications.

In T(I), even a square is considered a trapezoid!

Why can’t we all just get along?

We don’t need to argue over which definition is correct. They both are. So, this means when we speak about trapezoids, we must preface it with an agreement of which definition we are using…at least for that instance.

T(E) seems to have its origins in the 1500’s prior to the advent of calculus. When calculus came along, we began using trapezoids to estimate the area under curves. 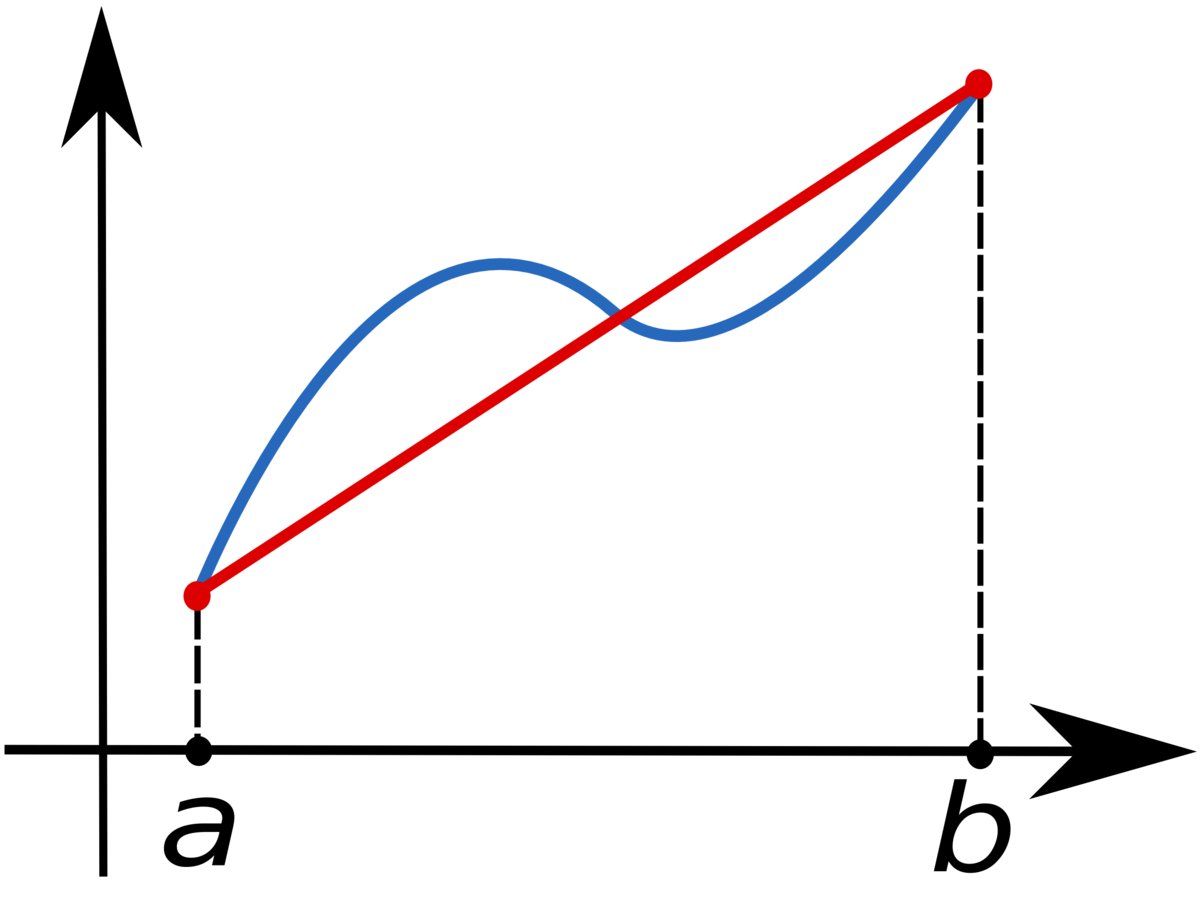 As the animation shows, some of the trapezoid slices begin to look suspiciously like rectangles. Aha!!! This is when T(I) got invented.

In 5th grade the standards[1] are non-committal on the trapezoid issue.

But the Progressions Documents for the Common Core Math Standards[3] make it clear that mathematicians prefer we use T(I). 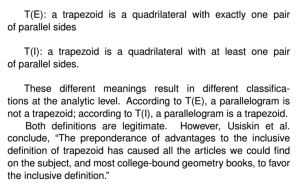 Since a key component of the Common Core Standards is that students will be college and career ready[4], it seems the best trapezoid definition to use is the one that leads to calculus…T(I).

These are all trapezoids…

A trapezoid is a quadrilateral with at least one pair of parallel sides.